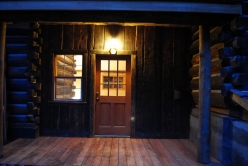 It started with a pile of old logs photo: Creasey Log Homes

This cabin began as a pile of logs which had been saved from a cabin which had been one of the oldest cabins on Bainbridge Island. Starting with a foundation that was previously poured we designed and assembled the logs to fit an exact replica of the original cabin. Every step along the way we used materials that would have been used when the cabin was first built. 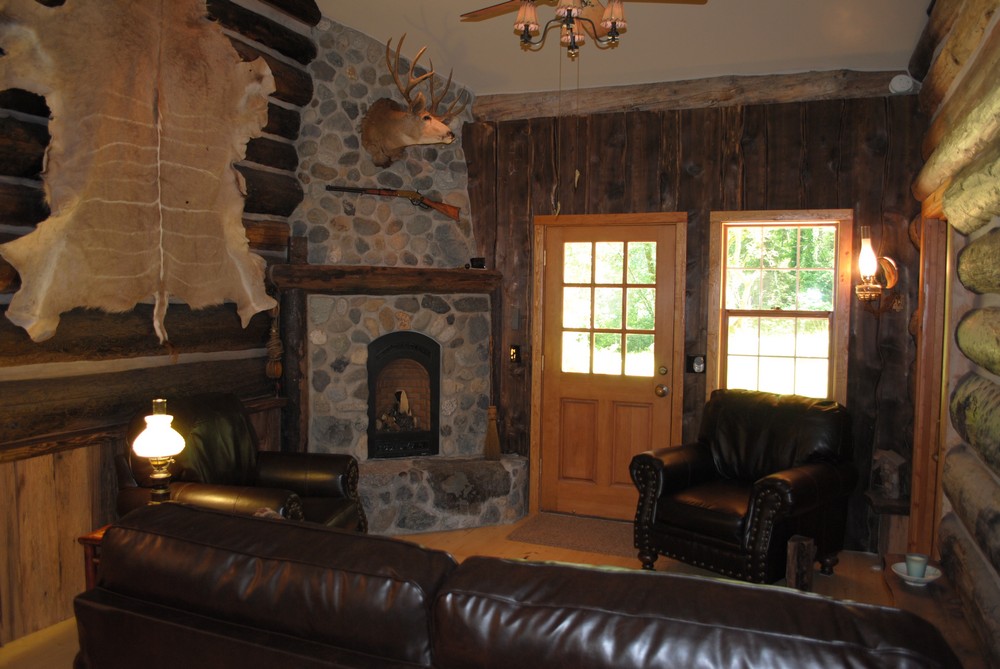 We used rock from the surrounding area and the logs which we salvaged from the original cabin plus from an additional cabin which had been torn down from the same era. The cabin was attached to an existing cabin by way of a porch connecting the two. Eventually the porch was enclosed to create a living area between the two cabins. History has shown us this was a common practice. While keeping the original look we were able to make it livable by using chinking material and adding insulation. By using a standard gutter covered with a log to give the appearance of a true log gutter system we were able to keep the old (historical look) without out losing protection of the logs.  The log paneling was treated to give it the appearance of aged wood. The realistic looking "Bed and Breakfast" gas fireplace was installed and fieldstone from the property was applied to the face of the fireplace. This finished product was an authentic looking fireplace which looked as if it had always been there. [Click here to view more photos]

View the embedded image gallery online at:
http://www.creaseyloghomes.com/log-home-care/historic-restoration/item/35-log-home-restoration-bainbridge-island-settlers-would-be-proud.html#sigProIda7c45996ca
More in this category: Preservation: The Old Cabin on the River »
back to top